Every Harry Potter puzzle Hermione solved that made us kick ourselves

We loved trying to solve the mysteries of the Harry Potter books, but damn, Hermione usually got there before we did. 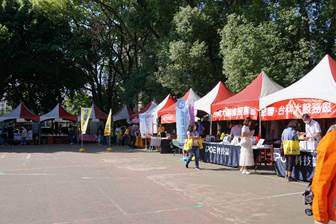 If we’d been at Hogwarts alongside Harry, we like to think we’d have been the best of friends and had some role to play in his many and varied challenges of Hogwarts life. We’re certainly capable of a cheeky quip or two. But we’d have a way to go to match Hermione’s incredible intelligence and her crucial problem-solving abilities that were key to Harry’s survival on so many occasions. While Harry was usually just appreciative of the help, we were kicking ourselves we didn’t figure some plot twists out first.

Don’t you hate it when a fictional character solves a problem before you?

Hermione showed early on just how cool she could be in the face of danger. When she, Ron and Harry entered the third-floor corridor in a bid to stop Quirrell stealing the Philosopher’s Stone, she immediately saved Ron and Harry from death-by-Devil’s Snare with a well-timed spell.

But she really proved her brainpower when she and Harry were faced with Snape’s logic puzzle. Presented with seven bottles containing a variety of liquids including poison, Hermione’s reaction surprised Harry: she smiled and said, ‘A lot of the greatest wizards haven’t got an ounce of logic, they’d be stuck in here for ever.’

Meanwhile, it took Hermione mere minutes to identify which two would help them. This is one of the first times we witnessed Hermione’s ability to think logically and quickly under extreme pressure. Suffice to say, we would definitely have picked the wrong potion and died.

Like us and a cryptic crossword on a Sunday afternoon, Hermione never gave up on a puzzle – and managed to solve the puzzling mystery of the Basilisk in only her second year.

When Hermione first realised that the beast had been getting round Hogwarts via the pipes, Harry and Ron possessed exactly the same facts: they knew Harry was a Parselmouth; they’d discovered Hagrid was accused of opening the Chamber; they knew this was because Hagrid was rearing a huge, hairy monster. Yet when Harry heard the Basilisk’s hissed words again, neither he or Ron put it together – and you’d think Harry might have, given he was the one who could actually speak to snakes – and oh, the fact the noise came from the walls. Hermione managed to suss it, even if she did get Petrified on her way to telling Ron and Harry. Thankfully, she tended to write things down.

That Lupin was a werewolf

To be fair, Snape deliberately dropped hints to the Hogwarts students, hoping that their sudden homework on werewolves might make them realise their Defence Against the Dark Arts teacher was one. As it was, Hermione was the only one in the class who got the message.

Looking back, it seemed obvious – the regular absences, Lupin’s fear of the moon seen in his Boggart. But then again, Hermione was the only one to realise the ‘silvery white orb’ was, indeed, a moon. Harry supposed it was a crystal ball; something he only questioned vaguely. Hermione, on the other hand, questioned everything thoughtfully, which was perhaps why she got to the solution quicker than anyone else.

Speaking of Hermione’s efforts, she was also (apparently) the only one to look up the Ministry’s list of registered Animagi as part of some homework for Professor McGonagall. Harry might have marvelled at her commitment, but without that research it’s possible Hermione might not have solved another problem that was buzzing around during their fourth year: Rita Skeeter.

Once again, Hermione’s realisation of Rita’s secret came after several months of observation. Struck by how apparently impossible it was for Rita to have overheard the conversations she’d reported, it was Harry’s flippant reference to magical bugging that led Hermione to identify Rita as an unregistered Animagus. A beetle, no less. Literally, a magical bug.

Harry Potter and the Goblet of Fire

Harry might have dismissed Hermione’s suggestion about the Half-Blood Prince being female and/or having the surname Prince, but although she wasn’t entirely right, Harry should have known it was never wise to ignore her ideas. Still, when she showed Harry the clipping of one Eileen Prince, he laughed at her for suggesting Eileen could be the Half-Blood Prince.

But as we found out, Eileen was Snape’s mother – a witch who married a Muggle. This gave rise to the name Snape chose for himself: the Half-Blood Prince. So, as she says herself, Hermione was ‘sort of’ right.

Why Dumbledore left Harry the sword of Gryffindor

The items Dumbledore left in his will were all a bit of a puzzle at first. What use would a Deluminator, a Snitch and a book of wizarding fairy tales be in pursuit of Horcruxes? The sword of Gryffindor was even more puzzling, given that Harry couldn’t take physical hold of it.

Meanwhile, Hermione had prepared for hunting Horcruxes by packing a lot of books. Going through them, she told Ron and Harry the only way to destroy a Horcrux was to use ‘something so destructive that the Horcrux can’t reapair itself’. Something like Basilisk venom.

Again, Hermione retained these pieces of information and the minute she heard the sword in Snape’s office was fake, she and Harry knew something was up. When Phineas Nigellus confirmed Dumbledore used the sword to destroy the Horcrux-ring, they knew for sure:

Harry Potter and the Deathly Hallows

So, there might be more important things than books and cleverness, but one thing Hermione taught us was never to underestimate either.